At first i thought it was tn2 getting worse but i think its the triliptal…i started 9 days ago and now my face its itching like crazy!!! Anyone experience that!! I would like your opinion!!

I started magnesium as well…

Hi Maria
I started to feel a bit itchy-but quit after 4 days so I don’t know if it would have gotten worse.
Now my doctor wants me on tegretol.
I hate dealing with the doctors almost,almost as much as I hate this disease
Maybe you should stop the magnesium-unless your doctor prescribed it for a problem.

Im stopping the magnesium… I had worst anxiety attack tonight. Almost went to the er!!!

I hope you are OK now.

No …im still anxius has hell…hs anyone felt like tjey were going crazy on triliptal or had face itching!!! Doctors and phamacist are saying no…im stipping it. Ive been on it ofr 11 days and its the only thing i can think of that is causing this

Hi Maria
I wish someone else would respond.
I find that if a medicine is not right for me I quit it ASAP.But that is just me.
if it helps the pain I am wondering whether benedryl could be taken?
Maybe even the topical benedryl.
I HATE this.

Hi Maria,
I’m so sorry to hear about your facial itching. I can imagine that must be miserable on top of everything else you are dealing with. I got a pretty bad rash after being on Trileptal for two weeks. I went to a dermatologist who thought that I just had a virus, but I insisted he take a biopsy to find out whether it was a drug reaction. While I was waiting for the results, the rash spread to my palms and the bottoms of my feet, which was incredibly uncomfortable. My neurologist sent me to the hospital for blood work and told me to stop the Trileptal immediately. Both the biopsy and blood work showed I am allergic to Trileptal. (The dermatologist was pretty embarrassed when the results came back!) I highly suggest that you speak with your neurologist about your itching. You could be having an allergic reaction, too, and you don’t want it to develop into Stevens-Johnson Syndrome (the chances are really slim, but it’s better to stay on the safe side. Also, try to avoid looking at Google images of the syndrome). Finally, if it is an allergic reaction, you won’t be able to take Tegretol either, since it is related to Trileptal. I hope you find some relief soon!

I have facial itching as well. What helps me is magnesium cream (I rub it all over the right side of my face and neck). I don’t take Trileptal but this is part of my TN symptoms according to my neurologist. If I put the magnesium cream on it makes it stop itching very quickly. This is the stuff I use. I can’t tolerate oral magnesium well at all (major heart palpitations and general achiness) so this is the best way for me to get the benefits without the side effects. It really seems to work for me. Worth a try. 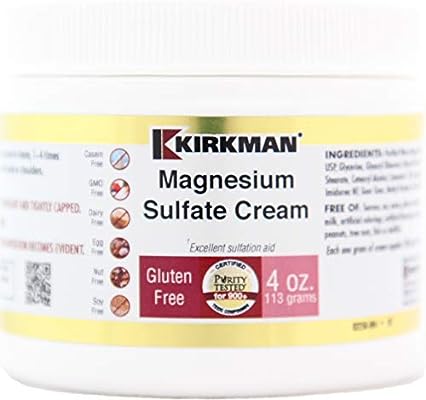 Thanks for the reply. Im stopping it tonight. The face itching and burning got bad i went to the er they gave me prednisone amd ativan. Its crazy!!! And if makes,me feel crazy…
Of course there is a fear the tn2 is causing it. But ive never had it before and it started a week after the new med…and so did the severe anxiety !!!

I think it was an allergic reation. It was severe itching and buring and flushing of the cheeks.

Hi Maria
I hope that the prednisone helped.
I am glad that you went and got it checked out.
My doctor has said that some of the reactions that I have had to drugs are impossible.I swear-someone that has known me for 30 years treating me like that.Not “well it is not likely and I have not heard of it before-but seeing you are so sure I will report it to the government drug administration body”.
How is the pain,though?
I would love to go on prednisone for one week.
If I could buy it to try it I would.

The prednisone helped but now im al jittery. Pain is down.
It helped that I talked to it out with a retired doctor who said the nerve damamge is done…(from dental work) its not going to get worse or spread…its jusy going to always be there…

Strangly that made me feel better.

Now i am feeling more alone then anything…isolated.

Hi Maria
We take comfort in the known.
Everybody does.
I am glad the prednisone is helping.I am sorry that you are all jittery.
But the pain is down-yay
Dentists will never tell you the cause.
So I am off to one today.
I need that peace of mind.too

Maria-you are so not isolated.Many of us on this face pain board have the injury after dental treatment.So you are still here.Surrounded by all of us.Giving you hugs.

How did it go with the dentist?

Hi Maria
This was a specialist who I had a consult with a year ago and I like
him-most especially since a woman I met in a pet store was raving about him
also.
Anyways-I gave him a letter saying I did not want to be treated as a
patient with neuropathic pain but someone who has a sore tooth.
10 minutes of discussing occurred and he finally did the cold test.No
response.But he did not have any of the super cold stuff.That will take 2
weeks for him to get in(I live in the largest city in Canada-you would
think we would have cold stuff)So he will test me again on March 7 and if
no response will test me again in another week.I told him December 31 is my
cut-off date for dealing with doctors so I need to be pro-active.When I got
home there were messages from my regular dentist.
And from my pharmacist-apparently they gave twice the dose of tegretol as
was prescribed.
I am so sick of it all.
How are you doing?

I went to a chiropractor today. My neck and back are so tense…he did ultrasound on my jaws and neck and an adjustment. Told me i could by a ultrasound machine for 99 dollars and use it for my jaw pain …he seemed helpfull and nice. He also has laser treatment but he is getting it fixed right now…i might try that.