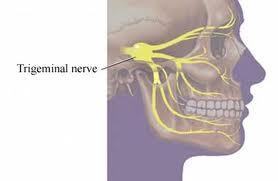 Historically called tic douloureux – occurs in the distribution of one or more of the three branches of the trigeminal or 5th cranial nerve.  This disorder may be characterized as follows:

Attribution: The US National Institute for Neurological Disorders and Stroke (NINDS) is generally considered to be a preeminent authority on disorders such as Trigeminal Neuralgia.The fact sheet now incorporates and explains

- The existence and differing character of Typical and Atypical TN

- Comorbidity of the two variants of TN in many patients

- Existence of bilateral TN in some patients

- Use of tricyclic antidepressant (TCA) medications for atypical TN

- Efficacy of Opioid medications in some patients, particularly in Atypical TN