A SUNSHINE HISTORY – I got rid of my trigeminal pains!

I send my warmest thanks to Frank Sherwood who has shown me the way.

First about my story:

I am a married woman, 78 years old, Norwegian, but am living in Portugal in the wintertime because of asthma and the pleasant climate here in southern Europe.

Three years ago, I got for the first time this dreadful disease. I found one crania-sacral therapist in Denmark - which I had heard about. He helped me and I was free from pain in two years.

Then suddenly in November this year, it struck again. I travelled again to Denmark, but this time the therapist could not be of any help.

My type of the trigeminal neuralgia is the classical type – called type 1 (TN1) which causes extreme lightning shock-like facial pain that lasts from a few seconds to several minutes and follows with constant burning pains up to several hours. The other type 2 (TN2) does not have the lightning attacks, but has instead a constant burning pain on a high level during daytime or in the night.

The cause of my illness

The first sign came after an implantation of two teeth in my left jaw. The second time was in October this year after a skin surgery for removing a sun lesion at my left cheek. The dermatologist had to cut deeply. I believe that these two things were the cause of my illness.

In October/November came the lightning attacks up to nine times per day. An attack and the following pain could last for 1 hour, with a magnitude of 5 to 10 (on my scale of 0 to 10). A hell that only those who have had this disease fully can understand it.

I have used Tegretol - 600 mg per day in the beginning and later on reduced to 400 mg - would not increase the dose because of the side effects of dullness, lethargy and troublesome diarrhea.

My oldest son - Torkild - was engaged in my case, and found information from Frank in internet. I then had e-mail contact with Frank and started a dialog with him. He showed great understanding and interest and told about the “non-saturated-fat-diet”. I was in the beginning quite skeptical of being free from pain in four weeks by changing my diet!

In the diet, the central issue is to reduce consume of saturated fat to 10 grams per day or less. It sounds unbelievable, was however worth trying. What do you do when you under the strong attacks stand at the edge of suicide? It is not an exaggeration when the trigeminus nerve is called " the suicide nerve ."

Therefore, I started with the diet on 22nd of November. The first two weeks I recognized some small improvements, after three weeks even slightly better, but far from painless - often two steps forward and one-step back. However, Frank had told me to stay with the diet for four weeks!

Then one day in the fourth week, I was able to say: Today I have not had a single attack - unbelievable!

Just when the four weeks had passed, and I had been completely pain-free in three days.

It is a wonder, but it was a strong challenge to your own will and efforts – it has not always been easy.

Frank sent me by ordinary post a report with a diet overview stating how much saturated fat it is in most common food. In addition, it is necessary to read the nutrition facts on the food label we buy, to see the amount of saturated fat. I have scanned the report from Frank, and can send it to your email if you give me a signal.

All food – the slightest little bit – I have carefully weighed or checked. Saturated fat should never exceed 10 grams total of what I consumed during the day. Luckily, I have a precise digital letter-weight. This is important if you want to follow this diet.

It is not easy to follow the diet. The list of what is not allowed or may trig the nerve, is long: Strong seasoning, salt, pepper, black tea, coffee , ginger, meat, butter , chocolate and other sweet, nuts, seeds , milk, cheese , tomato, alcohol , watermelon, etc. .

What may trig attack?

Much sensory input through vision and hearing, everything from talking - especially on the phone, to sneeze , cough , walk , open the mouth , drink, breathe through your mouth (sometimes difficult when the nose was clogged ), and a slightest touch of the left side of the face can start an attack. Stress may trig the nerves, brushing teeth impossible - three weeks passed without rinsing the mouth – a bad situation.

What in your diet that can trigger an attack is individually – you have to test by yourself. I have carefully followed the diet with two exceptions, where I took a small piece of dried and salted beef. The attack came immediately. I also tasted a roasted chestnut, and the pain came immediately. It is important to understand the difference between what is trigging and the amount of saturated fat in the diet, which is harmful to the nerves.

Why are saturated fats harmful?

My husband - Svein – has investigated this question. We both believe that Borgny’s trigeminal pain comes from damages to the nerve path, specifically the protective layer around nerve fibers. This layer, called "myelin ", consists of a benign fat type. The neural self-healing is dependent on a good supply of Omega 3 and Omega 6, and therefore we have introduced in the last two weeks ample grants of these fat types. The brain, which controls most of the body’s functions, also need these two type of essential fat.

We have seen examples of positive effects of the diet. For example do Borgny seldom use her daily asthma spray.

The Western diet contains too much saturated fat; it proves to inhibit the work of the brain, and the nerves’ self-healing attempts.

Now five weeks has passed since I started the diet. Although the great pains and the attacks has disappeared, the nerve can be slightly manifest as small sticks – as a reminder “I am here – be careful”. I have to be careful about what to drink and eat the rest of my life.

Now and then I will taste something what is forbidden - test out what is trigging or not. What is trigging is individually from person to person. The most important issue is not to exceed 10 gr saturated fat per day.

In the last week my daily amount of Tegretol has been 200 gr. I now hope to reduce my use as much as possible – to about zero.

Frank Sherwood can tell about so many persons that have tried the various options and surgical procedures in order to find help. Even if the medication and the procedures are successful, the pain can still return. He writes: «Considering the apprehension, discomfort, and uncertainty associated with these options, or faced with the prospect of taking medication for a lifetime, you may want to consider this diet as a first attempt in stopping TN pain”.

Warm regards to all persons that suffer from this dreadful disease. 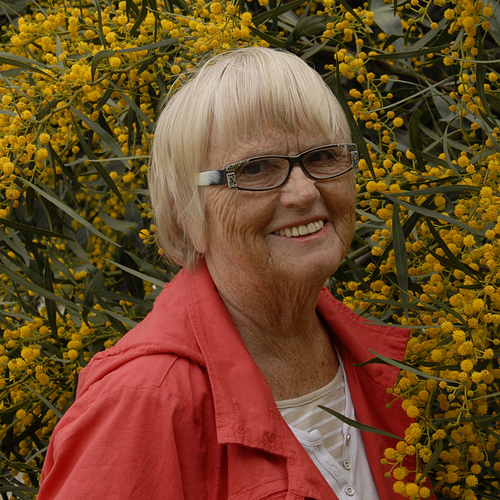 Some useful references and sources:

Franks report and diet suggestions is available from me to your email address on request.

"L - Lysine" from Solgar to balance the influence of Arginine

I think it is wonderful that you are doing well. What a lovely smile!

When there is no pain smiling is something I love to do.

CongratulTions and may you remain pain free